Cricket is a bat and ball sport. It is played by two teams, 11 players a side, on an oval and involves batting, fielding and bowling.

In order to score a run, both batsmen (striker and non-striker) have to run towards the opposite end and touch their bat on the crease. This makes a single run. The batsmen may run more than once, depending on how long it takes the fielding team to recover the ball.

The best way to understand cricket is to play it – check out Cricket Finland’s or clubs’ events where you can try the sport! The next best way is to see these cricket videos by ICC (International Cricket Council).

Today there are various game formats of cricket depending e.g. where the game is played (outdoor-indoor) and how many innings are played and which type of ball is used (hard-soft). In Finland the most often played outdoor game formats are T40, T20 and T10.

– T40; SM 40 League is based on this 40-over game format. Each team bat for 40 overs unless all out earlier. A game of this format lasts about 6 hours.

– T20; in a Twenty20 game, two teams have a single innings each, which is restricted to a maximum of 20 overs. A typical Twenty20 game is completed in about three hours with each innings lasting around 90 minutes.

– Quick-paced T10 game is limited to just 10 overs per team, a game lasts about 90 minutes.

Street20 was introduced by the British cricket charity Cricket4Change because of the lack of cricketing facilities in the inner cities in the UK. As there is a lack of cricketing facilities in Finland, too, this form of the game suits us very well.  Street20 is a very short version of cricket can be played practically anywhere – in car parks, on a tennis court, in a park – and it requires a minimum of equipment: if you have a cricket bat and a ball, you’re set, even though it’s usually played with stumps. The game lasts for 20 legal deliveries per team and even though it’s usually played six-a-side, you can adapt the game to suit the number of players available. 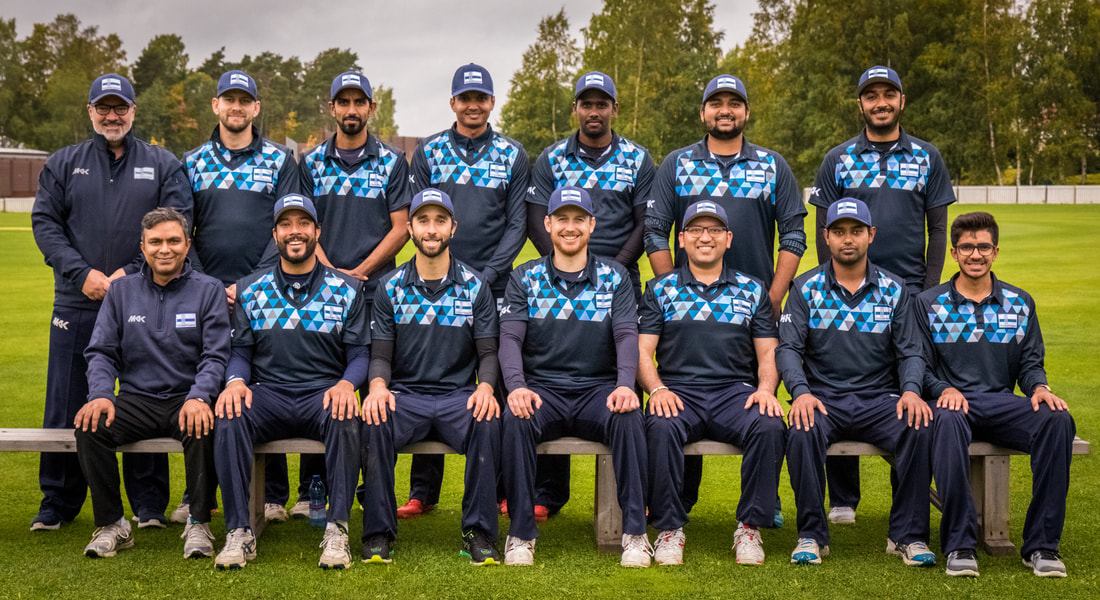 Cricket in Finland has a longer history than you would imagine. The first game on record was played at the Olympic stadium in 1952. Later in the 1960s cricket games were played in Tapiola, near Helsinki, by the Palmerston Society. Cricket then began to organise itself in the 1970s under the auspices of the Helsinki Cricket Club, the oldest existing club in Finland.

In 2006, Finland topped the ICC European Division 4 Championship. The team was lead by Timo Ilva, who has been a consistent performer in the domestic scene as well as in European Championships. Other notable performers included Amrik Bhatia, who won the player of the tournament award. This success gained it promotion to Division 3 the following year, but it won just one out of three games to find themselves relegated straight back to Division 4. Its 2009 European Championship Division 4 campaign in Cyprus was  disappointment as it won one match out of five to finish in fifth place.

In 2017 Cricket Finland hosted Sweden & Estonia at the Kerava National Cricket Ground in early September for the Nordic-Baltic Trophy.

Finland participated in the ICC World T20 European regional pathway event in Netherlands in 2018, along with 17 other European ICC Associate members.

Cricket Finland had an honor of to host Spain in a T20I series with Spain reciprocating in 2020 (Spanish visit was postponed due to COVID-19). The series comprised 2 x 2 matches, of which the first two was played at the Kerava National Cricket Ground in Kerava, Finland on 16-18th August 2019.

Cricket Finland has been participating every year so far to national multi-sport championships “SM-Viikko”, as a part of which the cricket final was broadcast live across the nation on national terrestrial TV via YLE. You can re-live the experience of the live final on our YouTube channel here, courtesy of YLE.